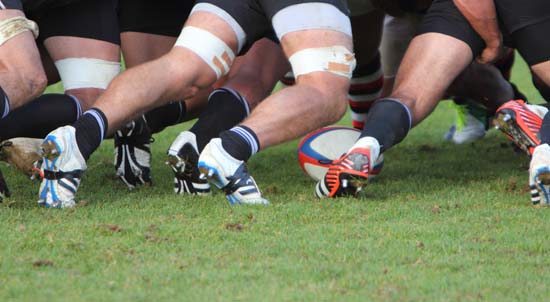 Speak the Language of Your Customers

My son was watching rugby this morning. I don’t understand the game, but given the lay of the land in our house I was listening/watching while I was making breakfast. Suddenly, even in my distracted state I began to notice something – all of the commercials were a LOT different than the ones I’m used to half-listening to during football games.

Why was Fox suddenly airing a Tullamore Dew Irish Whisky commercial clearly shot in Ireland? (It was a great commercial, I shared it below.) Why were the business customers profiled during another commercial speaking with non-American English accents?

Because rugby, and the channels that air the games, knows their customers.

Rugby was first made popular in England in the late 1800’s – and it’s a popular sport there to this day. Most well-known players come from England, Ireland and Australia. So… it stands to reason that most of the players that my son was watching came from those countries (with a few exceptions). So when those fans that live in America watch the game and see the commercials delivered by “their people” they find an “Affinity” with that group and become more responsive to the message. (In fact, given that it was so unusual to hear these accents that it stuck out to me, a “white bread American”, I would venture a guess that it probably feels quite good to hear their own accents on TV.)

Now is that to say there aren’t Americans with a southern drawl watching? Absolutely not. But… even the Southern Rugby Fan, that knows and follows the game well, hears non-American English accents ALL the time. Since another effective marketing message techniques is “Aspirational”, that Southern fan is drawn into the language of the commercials because even though it doesn’t match his/her own – it’s how they hear their “rugby heroes” speak. The TV networks know that sports fans identify strongly with players – so while most of the fans may match the accents in the commercials, there is little risk in NOT matching because of the Aspiration format.

It all goes back to knowing your customers. Taking the time UP FRONT to do the work to develop your Buyer Personas and identifying where your customers are on their Buyer Journey in order to make sure your marketing is effective. When you speak to your customers in their language you will start to build a relationship with them – and help them to get them to see that your company and your products are the solution they need. P.S. Remember, if you’re ready to finally put yourself in the position of power over your marketing plans, Click here for the “4 Insider Secrets to Great Marketing”.